History of the Embassy

Relations between the Republic of Sierra Leone and the United States of America began with Missionaryactivities in the 19th century through commercial activities. The relations between the two countries since then have been cordial giving rise to the establishment of a resident Embassy in Washington, D.C. on April 27, 1961. During that time, Dr. W.H. Fitzjohn served in the capacity of Charge d'Affaires A.I. until June 26, 1961 when Dr. Richard Kelfa-Caulker was appointed as Sierra Leone’s first Ambassador Extraordinary and Plenipotentiary to the United States of America with residence in Washington, D.C.

Hours of Operation, Location, and Directions 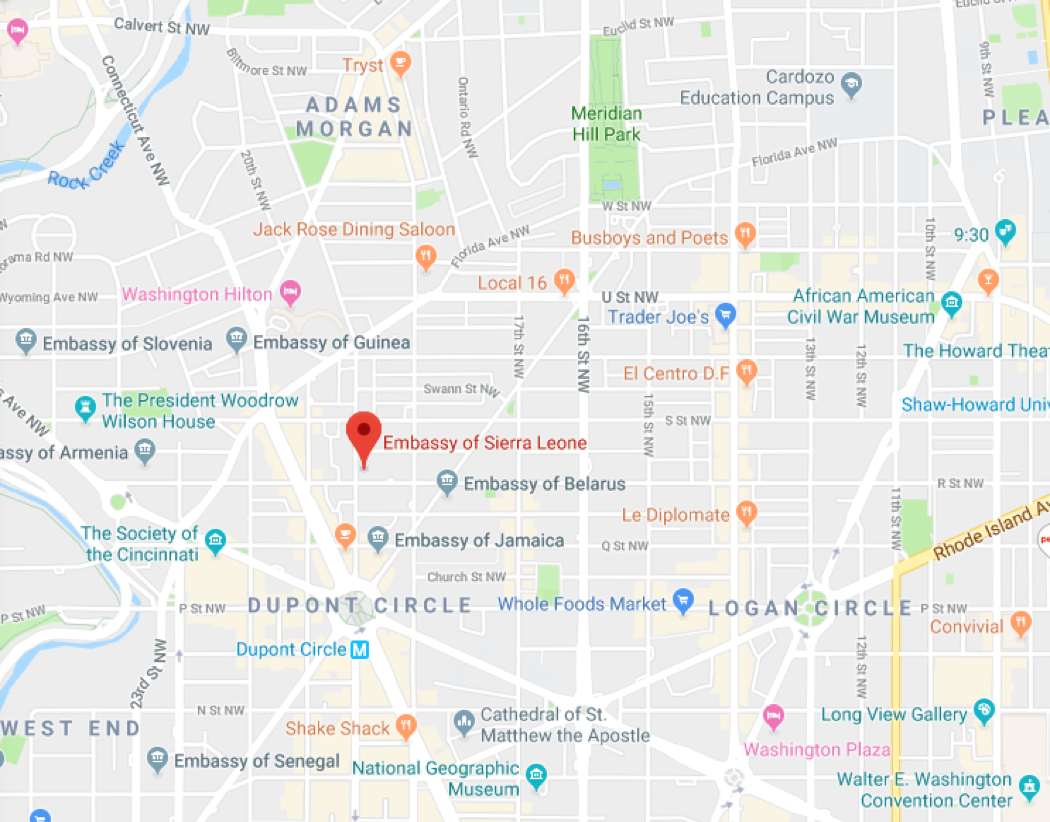 Via Metro: Take the Red line train and get off at Dupont Circle Metro Station Exit station at CONN AVE & Q ST NW